I didn’t realize it at the time, but Monday was a day where everything I ate was absolutely delicious but turned out to be less than aesthetically pleasing. That said, I think they’re worth a share. I say as long as my stomach is happy, I’m happy! 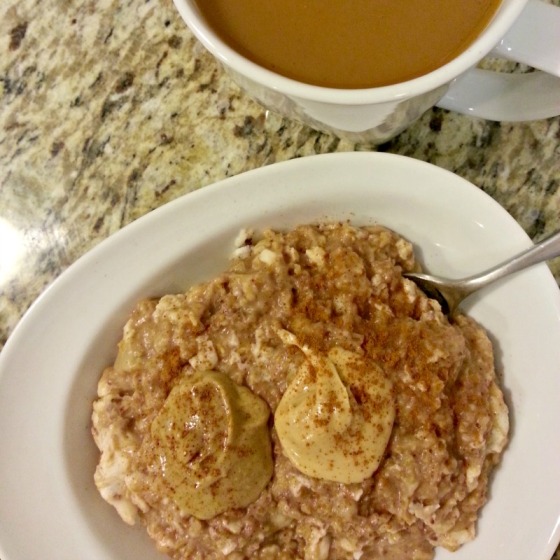 Back on my oatmeal kick. I think I missed the creamy, melty nut butters on top and the coconut almond milk was delicious in it too! 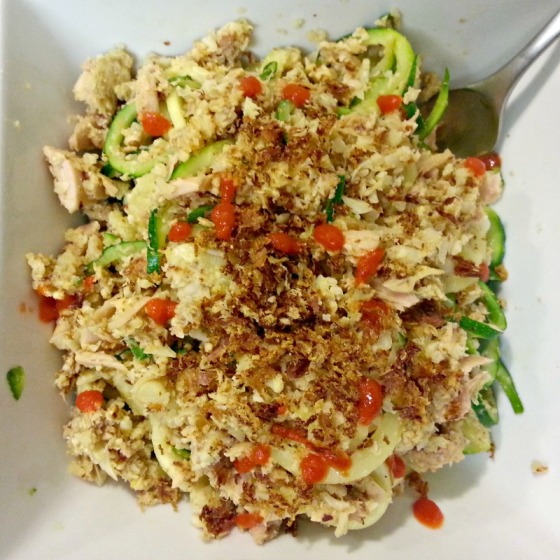 I was incredibly indecisive when it came to lunch and started getting really hungry but when I figured out what I wanted, it came together really quickly. I whipped up some zoodles with a crumbled cauliflower roll, a can of tuna, and a peanut curry sauce, similar to the sauce I made last week but with a touch of Thai red curry paste. Please note: cauliflower belly is worse than kabocha belly. Yet both are worth it.

I wasn’t overly hungry for a snack but I wanted a little something sweet so I was going to have just one bite of the chocolate peanut butter Vega one bar. Except it was entirely too delicious and I had half the bar and decided to save the rest for a snack yesterday. Yum! 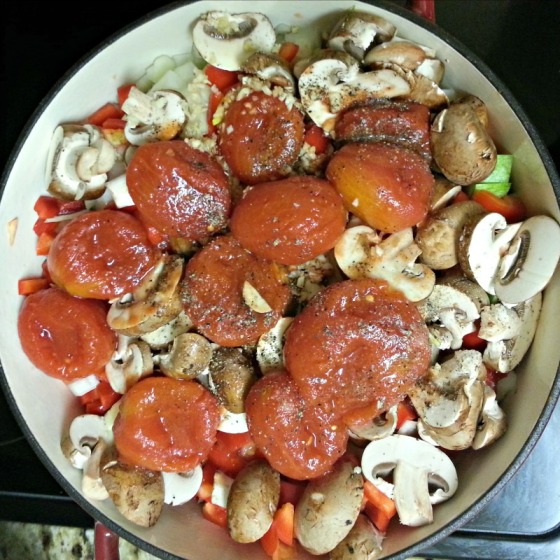 Made a lentil ratatouille and my huge ceramic dutch oven was filled to the gills and looked so pretty going into the oven.

I served it over a fresh roasted yellow bell with habanero and serrano pepper pasta that I got a from a place around the corner. Everything was perfect except when I realized half way through eating it that I forgot to stir in the lentils at the end. Ha! Oh well, extra lentils in the leftovers!

[Dessert]
I snacked on an apple and decided I needed some chocolate and nut butter in my life so I grabbed a dark chocolate Adora disc and topped it with a little coconut cashew butter [apparently I was on a serious chocolate/nut butter kick!] Perfect. No time for pictures, though it might have been the prettiest thing I ate all day 😉

Do you always try to make your food pretty?
What’s your favorite snack?

Have you entered my Peanut Butter & Co. giveaway?

For a couple of weeks I was on a serious cottage cheese kick. It started with my cottage cheese oats and didn’t stop there! It’s a great way to add extra protein to your favorite dishes and add a little extra creaminess too. I was really in the mood for a pesto-y kinda lunch but unfortunately it looked like the pesto in the fridge had seen better days. Whoops..  good thing we had everything I needed to whip up my own skinny-fied version.

Directions
Put all ingredients into a food processor and give it a whirl until smooth.

I tossed my pesto into a pan with zucchini noodles, roasted kabocha, and a filet of sole. Once it warmed up, the cottage cheese got extra creamy and melty. Just what I was looking for!

*Nutritional yeast can be found on iHerb.com. Use code ZAF482 to receive $5 off of your first order.

This reminds me, I really need to make this again soon! And with that, it’s about time I get myself ready for a relaxing wine country getaway with my husband of almost 1 year. Can’t believe how quickly time flies.

Are you a pesto fan?
Do you have any big plans for the weekend?

I mentioned on Monday that this week has been deemed “detox before retox” because when you have a week like I did full of cheese.. 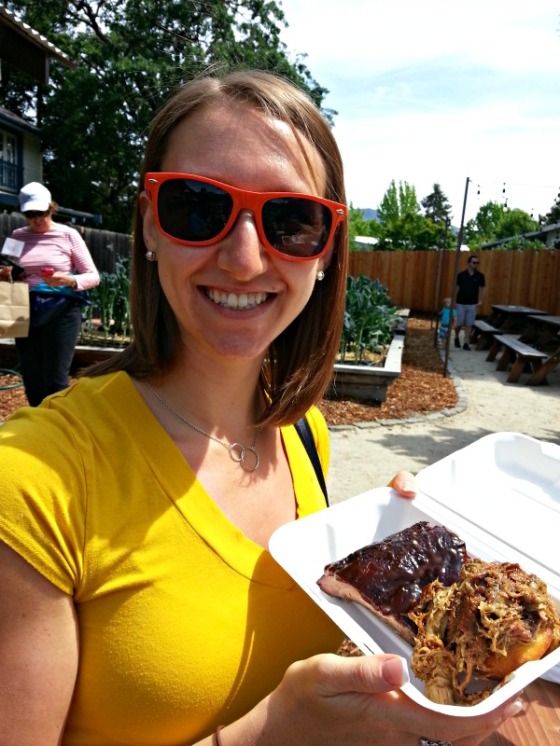 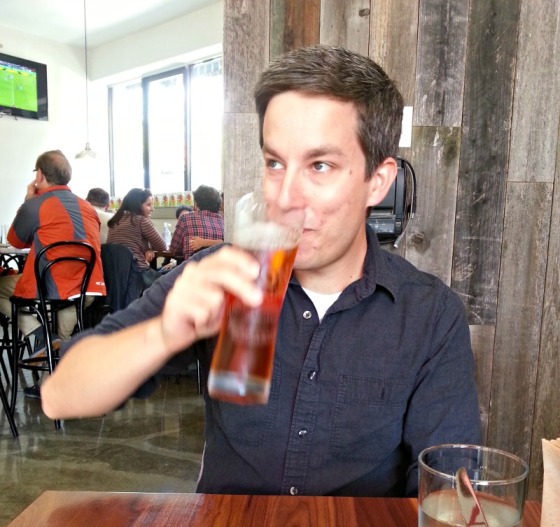 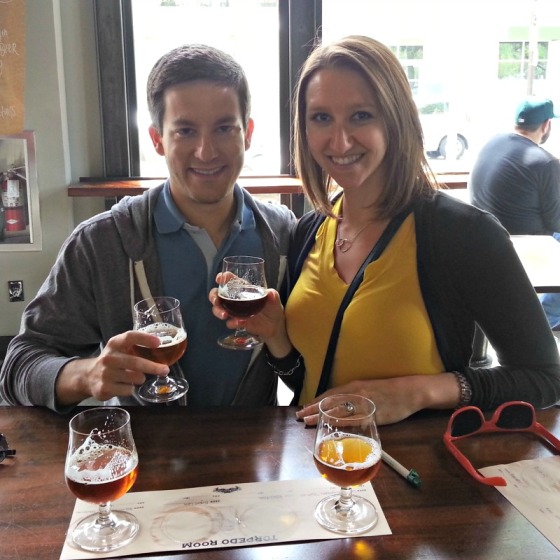 ..I needed a break. Before we go away to wine country for our anniversary. So this week has been very lean, clean, and green!

Snacks have been especially green!

Dinners are protein- and veg-happy.

And because there is always dessert: 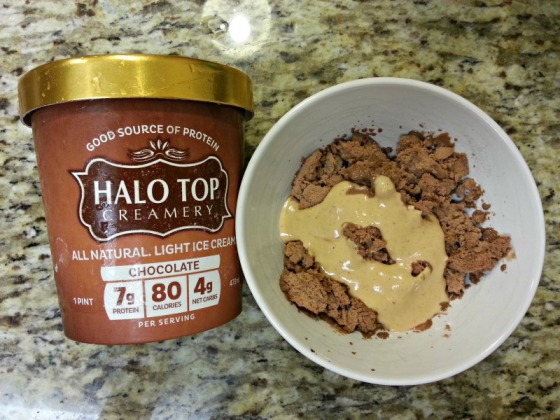 Personally, I know that when I eat foods like grains and starches, even starchy vegetables, my stomach isn’t always happy. And even though I seriously love them, sometimes I just need to give my body a break. I’ve been binging on kabocha and sweet potatoes recently and kabocha-belly is definitely real! My carbs these days are primarily coming from fruits and I’ve also cut back on random snacking. Overall, I’m feeling better after a few days so I’m calling this detox a success thus far.

What foods are your go-to for detoxing?

Yesterday was a really good day in the kitchen. Not too often do I dream up a couple of ideas and actually have them workout on the first try. I have an idea for a new smuice recipe to try out that I planned on testing yesterday, but for once, I actually wasn’t that hungry. Weird! That’s ok though, I had 2 successes and a third might have been pushing it. 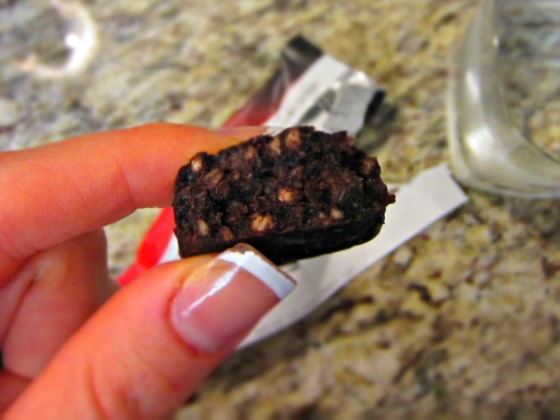 I wasn’t overly hungry when I woke up but felt like I needed a little something in my stomach before my workout. A piece of the chocolate coconut almond VEGA bar hit the spot. It’s so good! And everyone likes chocolate in the morning, right? Right. 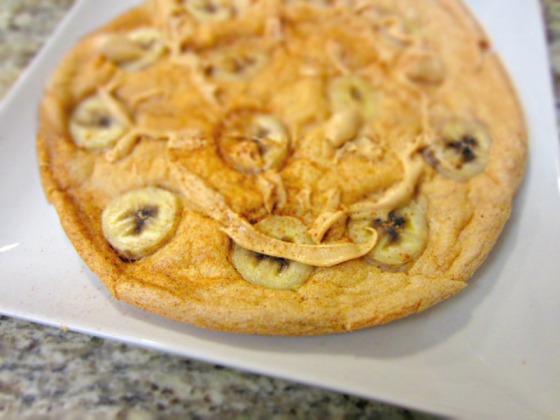 Peanut butter banana protein souffle pancake drizzled with freshly made coconut cashew butter. This recipe will be on the blog this week. I legitimately had to stop myself and slow down a few times because it was so good. I mean, yes, I was really hungry. But damn, this was good!

Zucchini noodles, kabocha squash, and baked sole with skinny spinach basil pesto. I was already going to skinny-down the pesto that we had in the fridge but when I opened it, I guess we’d had it for just a little too long.. whoops! This pesto came together perfectly and was so light and delicious. Another recipe that will be posted soon 🙂 Also pretty miraculous – this kabocha has lasted 3 days now! That just does not happen around here. 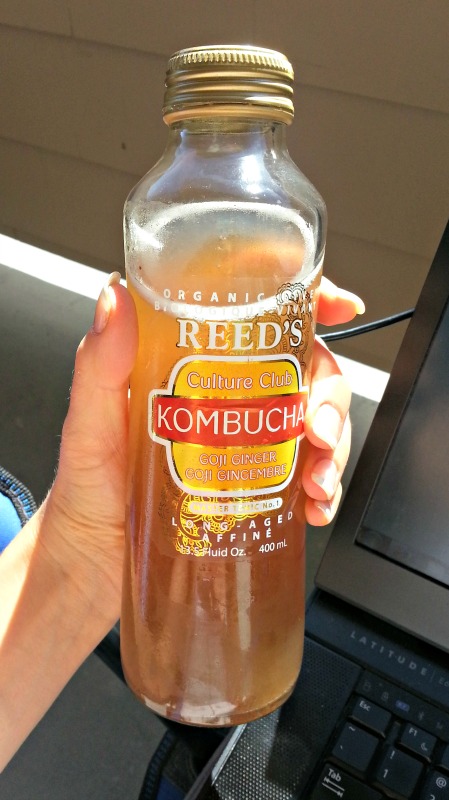 Like I said, just really not that hungry but I was in the mood for something bubbly. Goji ginger might just be my favorite flavor of Reed’s. I also snuck a couple bites of pineapple. It’s so good right now.. super sweet! 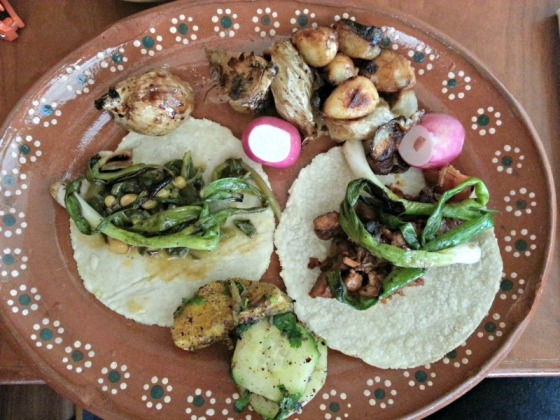 Taco Tuesday at the Mexican joint around the corner = all you can eat tacos. You know I went back for seconds [and left stuffed]! The corn tortillas were homemade and the pollo al pastor and veggie tacos were legit. I also LOVED the grilled onions and roasted garlic. I’m pretty sure I ate an entire head of garlic. I also got really excited about the cucumber margarita and asked for light agave, but it ended up being pretty sweet anyway. Next time, I’ll stick to what I know; cucumber vodka + soda. That’s my jam.

Do you ever have days where everything just seems to go right in the kitchen?
What’s your favorite pre-workout snack?