Wow, that weekend kind of flew by, huh? I’ve definitely noticed the days getting shorter and I’m already missing summer. I had to take advantage of the last weekend of summer and we had a marvelous time!

Friday night, we went for dinner and drinks with our friends, Adam and Jessie.

We actually go out with them quite a bit, but apparently I’m really bad at taking pictures of more than my food or drink. Not this time!

Despite my original plan to get a Musket Ball, I asked for the bartender’s recommendation and ended up with the Lost Cargo. The drink was pretty good, but if you happen to get a sip without any of the toasted spices, it was a little bland. There’s always next time..

The greatest beer nuts in all the land! Glazed with an amber syrup made from their beer.

We followed that up with dinner at My Thai. The food was wonderful and they also had a fun list of cocktails! I’d already started my night with a cocktail so it’s not like I could switch to beer or wine at that point, right? 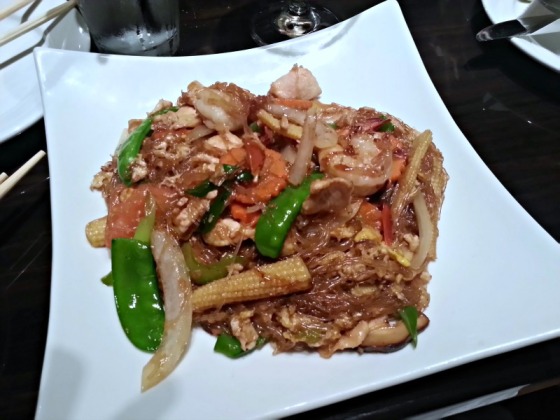 And what’s one more drink? Off to Oliver Speck’s! While I’ve heard lack-luster reviews about their food, the drinks did not disappoint!

Saturday we went over to the Fells Point Farmers’ Market for the first time ever. Peter’s Inn sells their famous BLT at the market and Nathan has been dying to try it. We made it just in time; he got the very last BLT of the day and we quickly learned why they’re so famous. All of the ingredients were so fresh and I’ve never seen a sandwich so loaded up on bacon! I can’t believe I forgot to snap a picture..

I did, however, remember to document German beer fest at Max’s. Nathan and I shared a bunch of samples and treated my cousin’s boyfriend to a little 1 liter birthday gift 😉 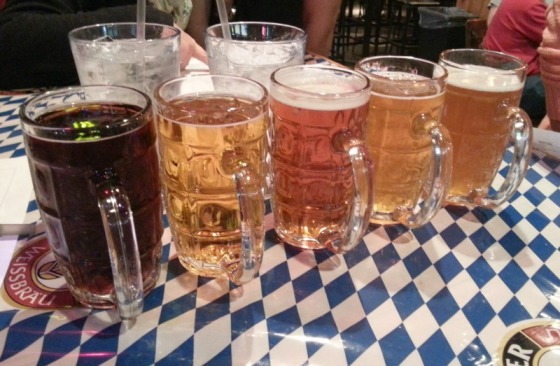 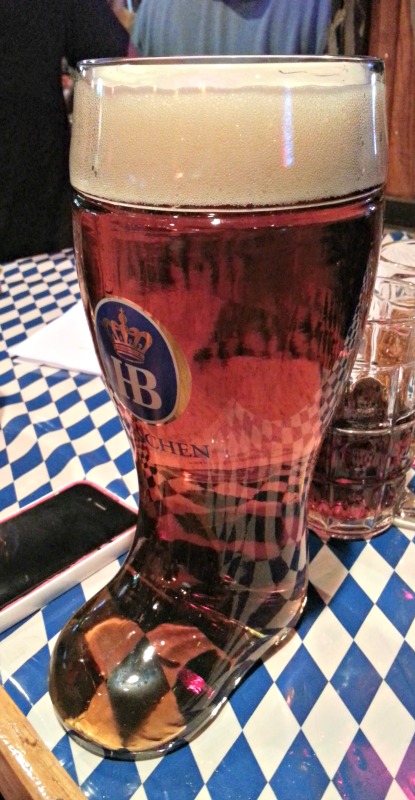 I finished off the weekend with tons of food prep for the week! I made the Healthy Jalapeno Sweet Potato Chicken Chili but swapped out the chicken for ground turkey that we had. I also added extra tomatoes and some zucchini. I might have made enough to last us through the winter! I also made some lemon basil tofu, roasted a spaghetti squash, and packed all of my meals and snacks to take to work with me for an extra early Monday morning.

All in all, I’d say it was a successful weekend! Is it Friday yet? 😉

Did you do anything fun over the weekend?