As soon as we landed in California, we hit the ground running. We had a weekend to adjust to the 3 hour time change, Nathan started work that first Monday, and I started the apartment hunt. We really haven’t had time to slow down during the week [hello there, lack of blog posts..] and on the weekend we road trip! There’s so much here to explore and it’s our way of relaxing. Not to mention, it’s nice to get out of the hotel for the day.

Nathan had a big trip planned for us on Sunday and tasked me with picking up a few things from the store on Friday; we were picnicking on the beach! We drove south past San Francisco to Pacifica for our first stop where we went for a little hike by the water. 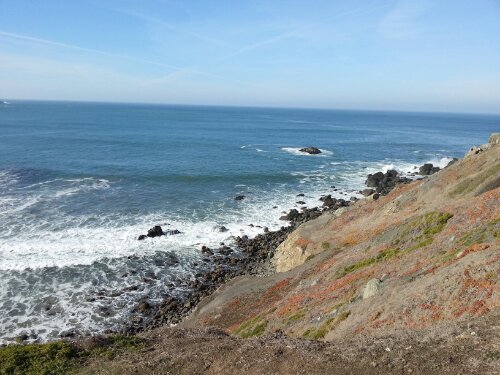 It was so nice to be able to walk out by the water in December and not freeze! Definitely new for us 😉 There were a good amount of people there surfing, but it was certainly not a busy beach! 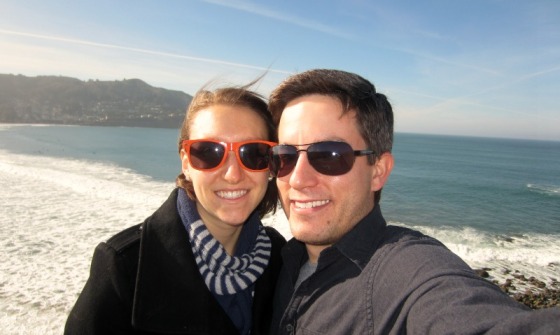 After Pacifica, we drove about 15 minutes further south to Gray Whale Cove Beach. It was just as beautiful there and even more secluded. There might have been about 10 people on the beach the entire time we were there. Perfect time to break out the wine! 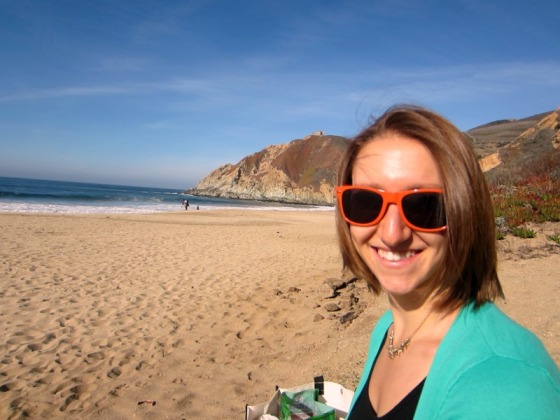 Almost the only people there! 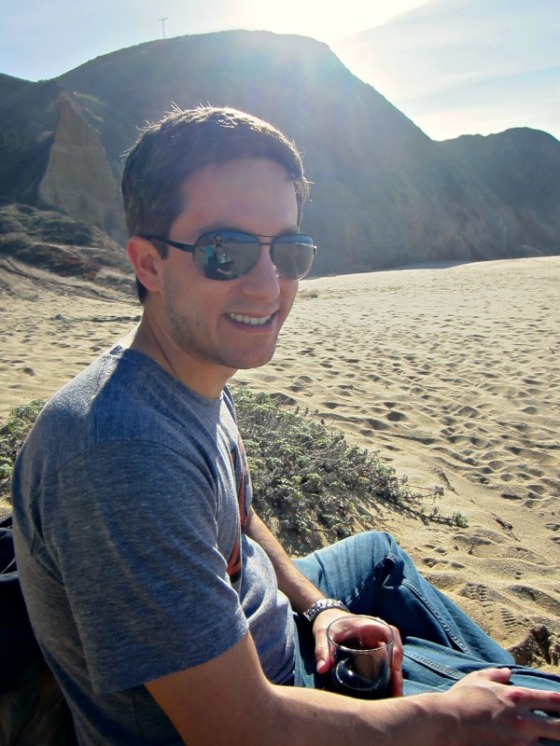 And then it was lunch time.. Friday’s selections! 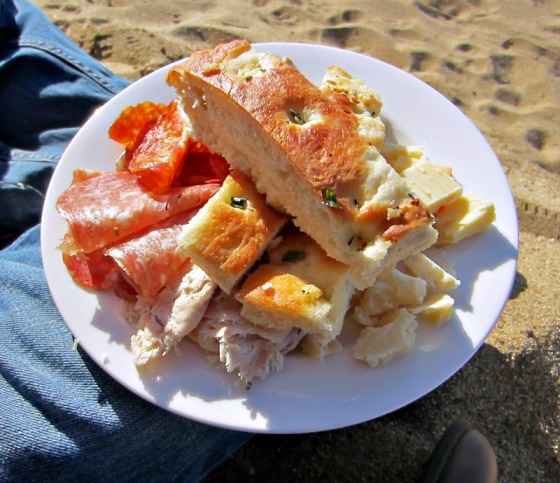 Charcuterie, cheese, bread, and wine. What more do you need?

I grabbed some [not so] spicy salami, salami with fennel seed, and turkey pastrami. I knew the meat had to be the base, so after picking that out, I went for the cheese and ended up with a lighter, but flavorful gouda and a super fresh parmesan. We were totally spoiled with parmesan in Italy so we’re especially picky but this was from a wheel that was just cut open and it was fabulous!

The topper of the tower is the best bread ever. We’ve been trying to get a loaf of this foccacia bread from Liguria Bakery about 3 or 4 times but every time we go, they’re closed! This bread is so wonderful that they have a line as soon as they open. We got there on Saturday about an hour after opening and they were already sold out of the mushroom bread! I got a loaf of rosemary garlic and a loaf of onion. It’s honestly the lightest, fluffiest bread I’ve ever had.. nothing compares and I think it might be dangerous to be so close to this place now 😉

And because we can’t go a weekend without trying a new brew, we had to make a pit stop on our way back to Half Moon Bay Brewing Company. It was the perfect way to round out the trip. 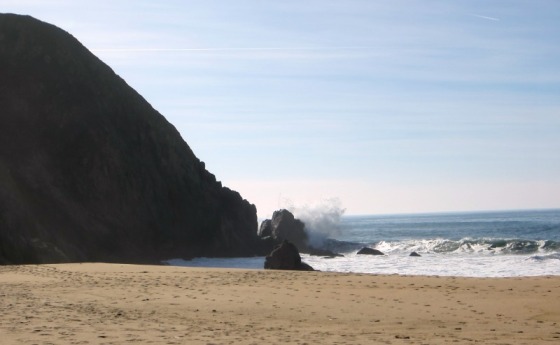 Can’t wait to see what’s in store for next weekend!

What’s your favorite way to relax on the weekend?

What is the best bread you’ve ever had?