Nathan can take credit for the title, but I’m taking credit for the meal behind the title! Not all of my eats from Monday might qualify as restaurant quality, but seeing as how I was pretty darn excited when Nathan made that comment about dinner, I say it works. Honestly, though, who’s to say my favorite oatmeal breakfast shouldn’t be served at a restaurant? I’m pretty sure it’s better than any bowl of oats I’ve ever had out! 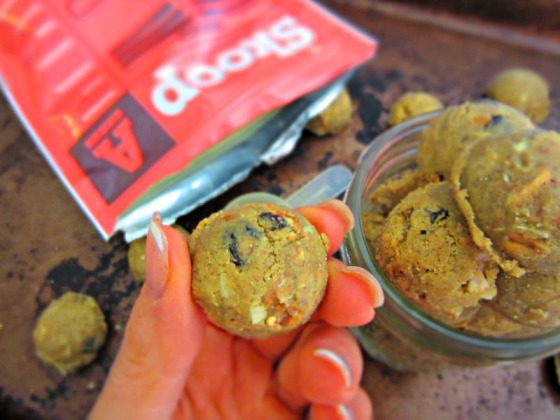 I love starting my morning with a Skoop superfood blueberry bite. Don’t be fooled by the color; they’re delicious! 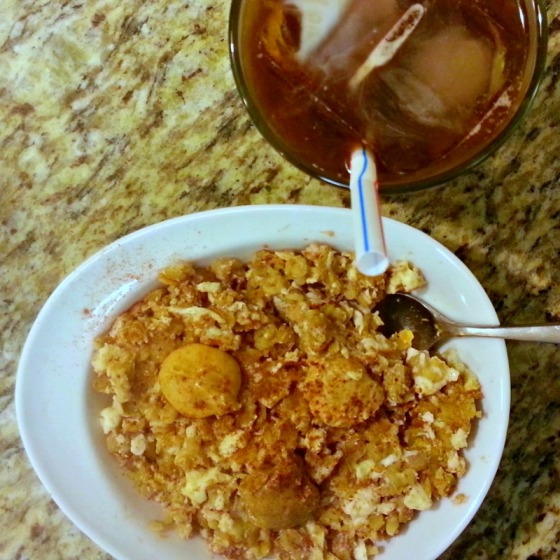 I guess if I were serving this in a restaurant I’d have to make it look a little prettier, huh? Looks aside, the banana, cinnamon, and nut butter combo can’t be beat. Knowing that I have this waiting for me is mostly what gets me through my workouts every morning 😉

I’ve recently decided that it’s a better idea when I’m not working too late at Athleta to save lunch for after work instead of trying to scarf it down in 15 minutes. [Not to mention, it’s less food to pack the night before!] I’ve fallen back in love with these peanut butter ThinkThin bars. They’re just too good and with 20g of protein, they hold me through the next few hours till lunch. 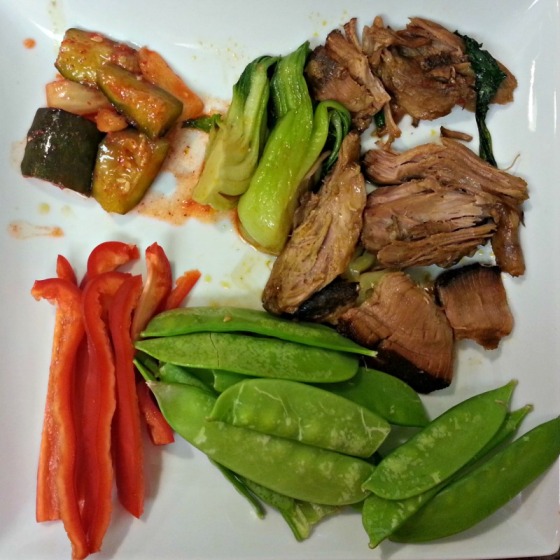 And speaking of.. snack plates are fun. And even more fun when you have leftovers [even though this is the pork that I gave Nathan a hard time for ordering]! It’s just tastier than grilled chicken and nice to mix it up sometimes. 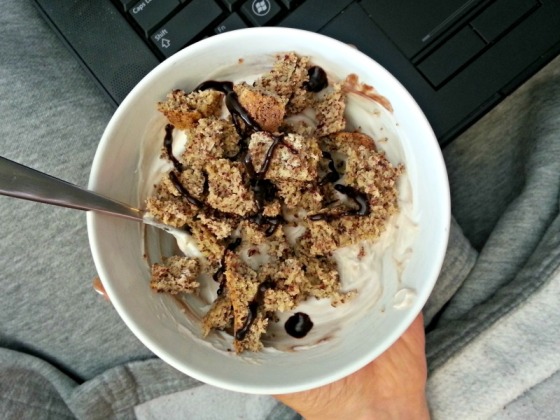 I totally forgot that I have paleo bread in the freezer! I mixed up some of my NuStevia cocoa syrup into plain greek yogurt, crumbled a piece of bread on top, and drizzled a little more cocoa syrup. It was nice and filling with the protein from the yogurt and the fat from the almond meal in the bread. Yum! 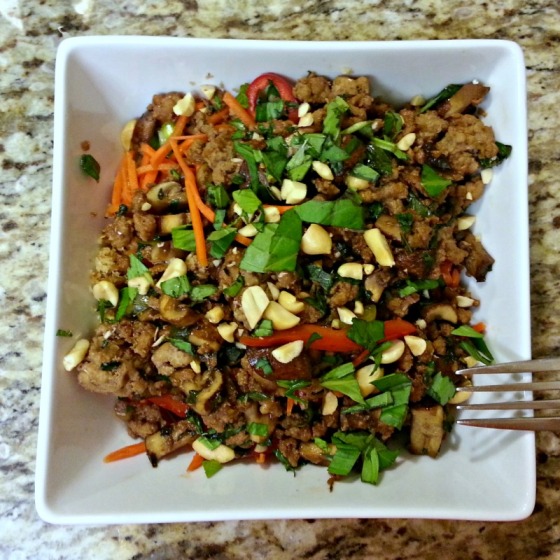 I have a feeling this dinner is going to become a staple. This is my “restaurant quality meal” courtesy of Half Baked Harvest. I subbed turkey for the beef and made cauliflower rice instead of regular rice [still added the lemongrass but not the coconut milk.] It was super easy because I was just using ground turkey instead of having to slice up some chicken breast and it was crazy flavorful! I also used our homemade thai chili sauce which might have kicked it up an extra notch. Yea.. definitely making this again!

[Evening Snack]
The fuji never fails me! I’ve been trying some new apples since the season is upon us but the fuji is still my go-to.

What’s your most successful meal that you’ve made?
Now that apple season is back, do you have a favorite kind you’ve been waiting for?